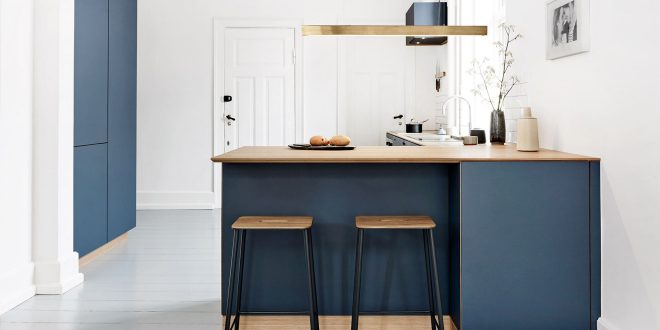 The kitchen island itself is one of the components of the kitchen in the form of a large multifunctional table which is usually located in the middle of the room. Often equipped with several chairs around it. The chairs used are usually bar stools. Although at first glance it looks like a dining table, its function not specifically intended as a dining table. Also, used as a table to facilitate the cooking process. For instance, cutting food ingredients, preparing spices, and mixing food ingredients.

For those who like clean and comfortable kitchens, the minimalist island kitchen design is perfect for you. Cooking activities become more fun if you have a clean kitchen.

Although the kitchen set made of stainless steel is much more expensive, but it is interesting to use on the kitchen island .

To make it more interesting, the kitchen island given a touch of certain colors such as a touch of pastel blue.

A rustic impression can also be present on the kitchen island as long as the materials used are natural stone and wood so that it still looks natural.

If you have a house with a black and white interior design, you can also apply it to the kitchen island .

So that it doesn’t look monotonous, the kitchen island enhanced with a mix of colors. For example by using alternating colored bar stools.

Finally, the kitchen island also suitable to applied to modern-style houses to elevate the luxury of residence. As you can see above, sometimes the kitchen island table equipped with a dishwasher, as well as cupboards and shelves to store eating and cooking utensils . Because of its multifunctional nature, the kitchen island used as a dining table and bar table. It can also used by children as a table to do school work while accompanied by mother who is cooking.

Next 6 Prediction of Kitchen Decorating Trends in 2022 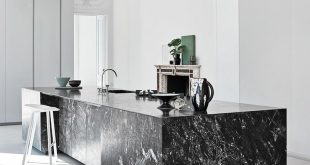 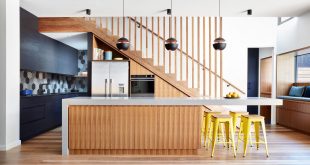 6 Models of Kitchen Under The Stairs, A Solution for Small House 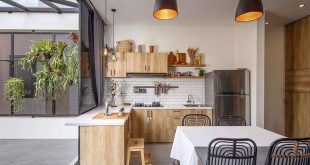 6 Prediction of Kitchen Decorating Trends in 2022

While COVID-19 was prevalent, the kitchen was the most frequented place in the house. Because …